Why the inventor of the internet backs Henley man’s charity

The following is an excerpt from the Henley Standard, Friday 22nd November 2013. It has been transcribed for accessibility.

A Vice President of Google visited Henley to give a talk on deaf communication. Vint Cerf, an American scientist who is acknowledged as one of the inventors of the internet, is honorary president of the charity Deafax, which was founded by Ken Carter, of Greys Road, Henley, in the Eighties. It is based at the University of Reading and uses technology to help deaf children communicate.

Mr Cerf, whose wife is deaf, said: ” I’ve had a long connection with the deaf community and at Google I’m the sponsor of the accessibility programme. Communication technologies can build bridges. I am honoured to be honorary president and part of Deafax activities. I am committed to doing whatever I can to help it achieve those objectives.”

Mr Cerf’s role at Google is to make its services more accessible to people with disabilities, such as deafness or blindness. His wife Sigrid has been deaf since she was three but has had bilateral cochlear implants. Mr Cerf, who needs hearing aids himself said: “She was deaf for 50 years and had to rely on lip reading, which she was so good at that I thought she was working for the CIA. Now she doesn’t have to look at people to communicate any more.” He says the implants opened up so many opportunities and allowed the couple to have their first coherent telephone call in 30 years of their marriage. “It wasn’t a profound conversation but it was a pretty incredible one,” he said. “Before that, she would have to ask 20 questions and I would have to work out what they were but this was so much better. I couldn’t get her off the phone after that. She was like a 15 year old.”

The couple, from Virginia, have been in London since June and stayed at the Red Lion Hotel ahead of a talk at the Henley Business School at the University of Reading’s Whiteknights campus in Reading. 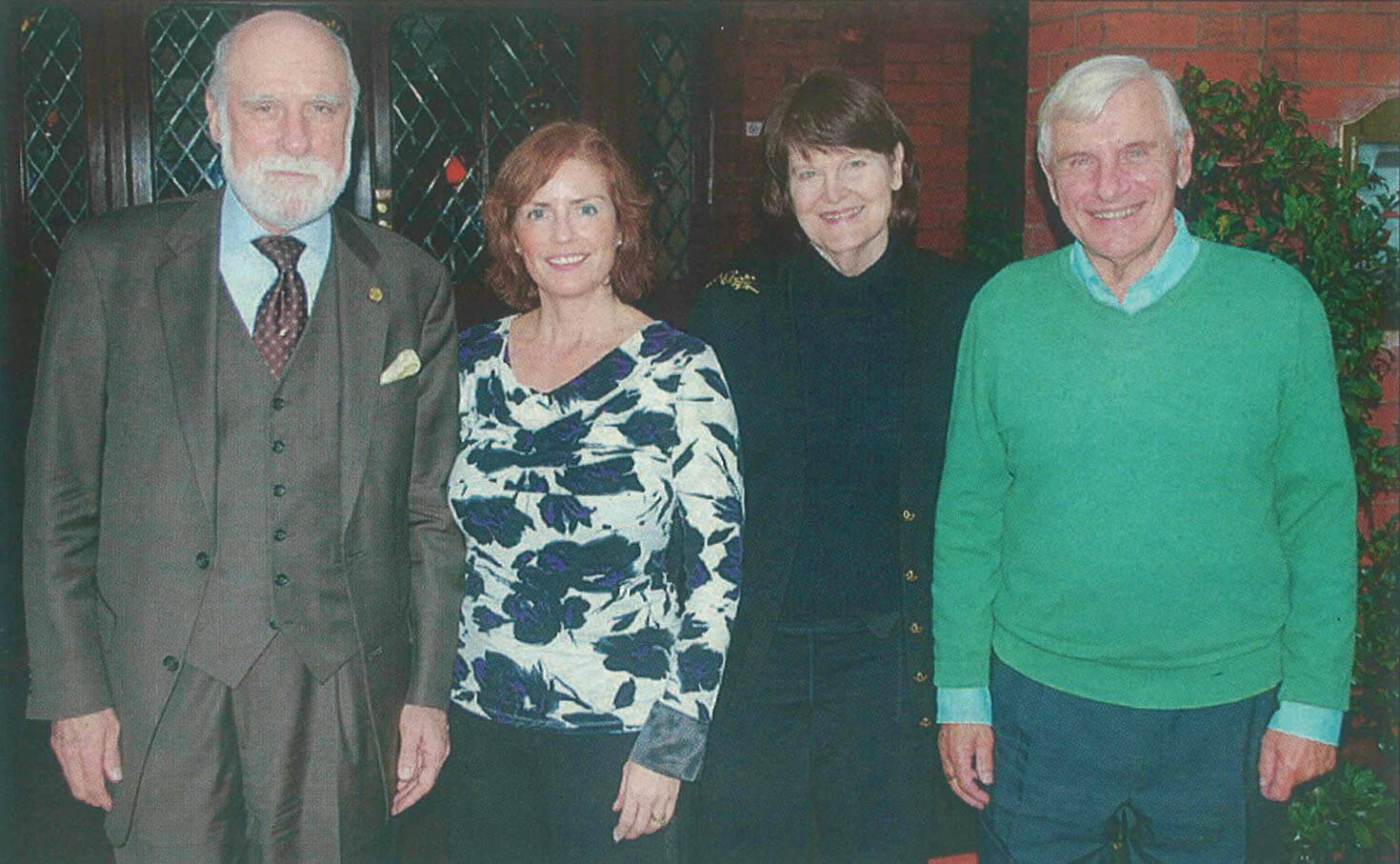 Mr Cerf spoke about where the internet is going and the technology behind it as well as its impact on the deaf community. He said he had done a lot of work to help disabled people through his work at Google, from providing free advertising to non-profit organisations to providing an accessible interface.

Google Hangouts provides a group video chat platform, where users can communicate in sign language, while Google Glass is a wearable computer with an optical head-mounted display. Mr Cerf says this could be used in the future to allow deaf people to interpret speech. The company has also produced self-driving cars with a dozen already successfully tested in San Francisco.

Mr Cerf said: “The internet has opened up many opportunities for communication in the deaf community and what is important about it is that the tools they use are the tools that the rest of the hearing population uses too. Instant messaging, SMS, we can even do video signing on a point-to-point and peer-to-peer basis without having to go through intermediaries.”

Mr Carter, whose daughter Dawn is deaf, says hearing technology has advanced significantly in recent times but does not restore hearing completely. He says three babies are born deaf in the UK every day and one-sixth of the population has some form of hearing loss.

Mr Carter, a former teacher at the Oratory School in Woodcote who now teaches deaf people, says it can have an effect on education, with many 16-year-old deaf people leaving school with a literacy age of about eight or nine. But he believes society is beginning to adapt to deafness. He said: “Deaf people used to be embarrassed but now I think there’s a growing awareness that they have something to contribute.”

Mr Carter’s wife Helen Lansdown is chief executive of the charity. Mr Carter remains director of the research and development unit, which is based at the Institute of Education at the University of Reading, as well as the Computer Science Department at Goldsmiths College, University of London. Mr Carter was also responsible for setting up the Breakthrough Deaf-Hearing Integration Trust, now called DeafPlus, as well as AACT for Children, Decibels and Inclusive Environments.

He was elected a Fellow of the Royal Society of Medicine for his contribution to preventative medicine and healthcare. In 2009, he was awarded an honorary degree by Loughborough University, where he had played fly-half for the first XV, which included 10 internationals. Mr Carter also attended Millfield School on a sports scholarship and later enlisted in the Royal Marines for his national service.